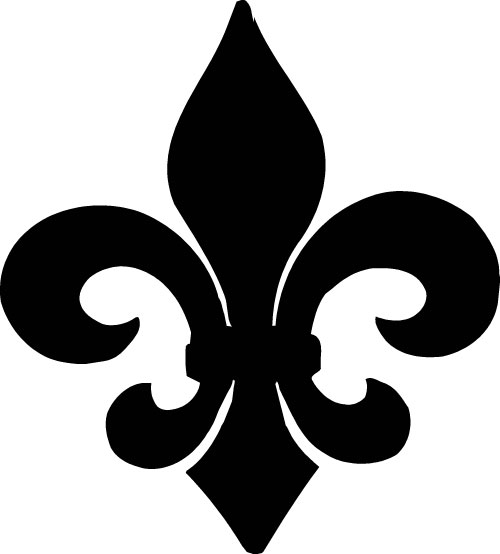 Eight years ago today, I had been a resident of Charlotte, North Carolina for about seven weeks.  I was settling in to a new job, a new house, a new town; I was meeting people, trying to form friendships and learn to navigate a new city.   My wife and I left New Orleans out of anger and frustration: angry that we couldn't afford to buy a house, frustrated with an employment situation that while good, offered no real future except more of the same, horrified by the widespread crime and almost daily murders, despondent over the Third-World level of municipal infrastructure and a general feeling of hopelessness that any of these things would ever change.   We took a year to plot our escape, and came up here just after the Fourth of July weekend in 2005.

Eight years ago today, I kept ducking out of the kitchen at my job as a pastry chef to look at the televisions in the bar, which were all, of course, tuned to news or weather channels.  Katrina had been building for a few days, and it was just beginning to make landfall.   My mother, grandmother and mother-in-law had all evacuated, but my hard-headed, stubborn father had decided to stay (along with Elsa, our Great Dane) and ride the storm out, which was a matter of no small concern, and at the time I was seriously worried that they might not survive this.

Eight years ago today, I watched the cable news channels chronicle the path of the oncoming storm, watched it make landfall in Buras, La.  I had a hard pit of dread in my stomach, as I knew that this was "The Big One," the biggest one since Betsy, and that the city of my birth would be forever changed by it.  I knew that there was going to be loss of life and massive loss of property.  I knew that there would be no happy ending.

The week that followed was an extremely difficult and emotional one, as you can imagine.   There was an initial sense of relief when we learned that the eye of the storm had taken a last minute turn to the east, but that quickly evaporated once the news helicopters started showing footage of the levee breaches and subsequent flooding. We lost all communication with my father, and had no idea of the whereabouts of my mother-in-law, who had evacuated with a group of her friends.  The week that followed was a lot like the week after 9/11: an inability to turn off the damn television, or to turn away from the images of the destruction and chaos.  I felt totally helpless, infuriated, depressed, and by turns hopeful that somehow, dear god, things would turn out ok.  I got out my address book and started calling everyone I had a valid phone number for to let them know that I was now a NC resident, and that I,  at least, was ok.   I was thankful that I had escaped with just weeks to spare.

Today, eight years later, I look back on that week, and I feel so many of the same emotions.  Anger and sorrow of course, but also thankfulness.  My father was rescued from his rooftop, evacuated and survived.   Our Great Dane, in some real movie-of-the-week stuff, was rescued by the dedicated volunteers who searched the city for pets afterwards, and after being stranded and alone on the second floor of my parent's house for almost a month, was miraculously evacuated to a city in Texas about an hour's drive from where my parents were staying.   My family took an enormous financial loss, including the destruction of many, many family heirlooms, which are utterly irreplaceable.  And as sour as that is, in the end, it is only money, they are only things.  My family suffered no loss of life.  Not everyone was so lucky.  For those who mourn, I mourn with you.

I did lose a friend.  Of the 1500 people who died during the storm and in its aftermath, I only personally knew one of them.  Glenn Rambo, may you rest in peace.  You always made me laugh and were a cool dude.  You live on in mine and so many other's hearts.

It is so easy to look back at those chaotic days after the storm, and to bitch about everything that was bad.  Natural disasters, like war, bring out the best and worst in people.  There were a lot of people who took advantage of the chaos and treated it like a holiday from law and order, and stole, raped and murdered.   There were people who overstepped and abused their authority, and others who abandoned the obligations of authority.   And all I will say of that is: we know who you are, and more importantly, YOU know who you are.  And whether you believe in divine retribution, its karmic equivalent, or don't, when it's just you in the dark quiet of your soul, you'll know you that when you could have been a hero, you chose, instead, to be an asshole.

But today, eight years later, I want to celebrate the people who were the heroes, the people who did good, both in ordinary and extraordinary ways, the people who banded together to help each other, the people who didn't abandon their posts even under the most challenging of circumstances (and if you think I'm talking about you here, Nurse K, you can bet your ass I am), the people who gave and helped.   I want to thank the people who rose to the challenge of saving their neighbors, like the fellows who got in their fishin' boats and went street by street, house by house, rescuing people like my dad off of their roofs.    I want to congratulate the people who put in the hard work of rebuilding the city, and spending their money, time and putting in the sweat to restoring it the best you could, both the natives and the legions of volunteers who came from all over the country in the following months.  Everyone who lived through it has their "Katrina Story," some of them more willing to share it than others, and everyone dealt with the fallout.  Many of them are still dealing with the aftermath, though I'm glad to see that for most everyone, a new page has turned.   The PTSD has faded, the depression has lifted, they're more sober now, the messy divorce is long finalized; they've reassembled their lives and mostly for the better.

Today, eight years later, I remember the pain, but I celebrate the good.

I'd like to tip my hat to all the people who have remained, and are positive forces in a place so beleaguered by negatives.   New Orleans is a special place, and we breed a special kind of folk.   I may no longer live there with you, but you are my tribe.   There are so many of the good people there who I am proud to call my friends, you are among the best the city has to offer, and I love you all.